The tide gauge equipment is located within Cromer lifeboat station, with the pressure points attached to a leg of the lifeboat house slipway
Click here to see a map of the site in a separate window.

The tide gauge equipment is housed in a heated GRP cabinet within the lifeboat station with two full tide and mid-tide pressure points. All pressure lines are monitored by the POL data logger. 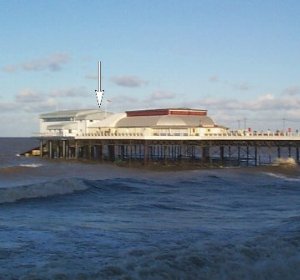 Sea level pressures and/or elevations from this site, levelled to the National Geodetic Network, are supplied to the following authority: