The tide gauge is located on the south east corner of Waterloo Quay, Aberdeen Docks.
Click here to see a map of the site in a separate window.

The tide gauge equipment is housed in a brick building which also contains a Munro gauge mounted over a stilling well. The gauge is no longer used and the stilling well has been filled in. The present equipment consists of a pneumatic bubbler system with two full tide and mid-tide pressure points mounted on steelwork attached to a pile under the quay to the left of the lamp post seen in the centre of the photograph. All three pressure lines are monitored by the POL data logger. 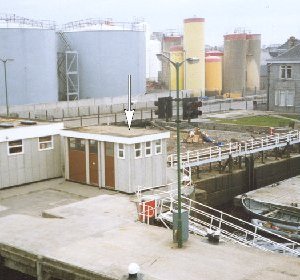 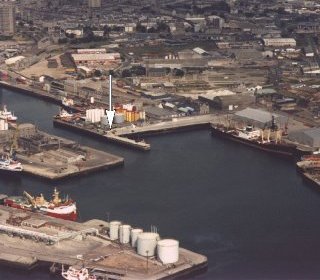 Sea level pressures and/or elevations from this site are supplied to the following authorities: